Top Richest Entrepreneurs in the World

When you look on the Internet, you can find a lot of entrepreneurs who are successful with their businesses. We are going to talk about some of the richest... 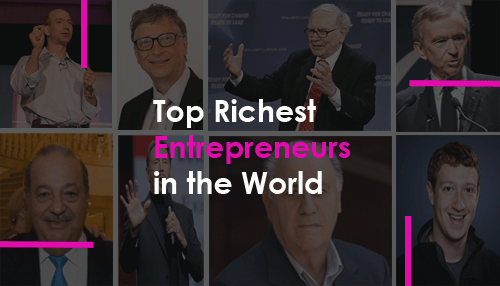 When you look on the Internet, you can find a lot of entrepreneurs who are successful with their businesses. We are going to talk about some of the richest entrepreneurs who have an enormous amount of money in their pockets. You can take a look at them and learn about how they can make their money.

RELATED POST: 7 TIPS ENTREPRENEURS CAN USE TO CREATE THE PERFECT PARTNERSHIP

He is the founder and CEO of the giant e-commerce store, Amazon. He has a net worth of $131 billion in 2019. This wealth can put him at the top of the list of the richest entrepreneurs in 2019. He started Amazon as a bookstore in 1994. Then, he kept adding some new categories to Amazon. Now, Amazon becomes the largest online shopping site that is available on the Internet these days. Millions of people are shopping for their favorite products via Amazon. Amazon also diversifies its services to any other businesses, such as Alexa, Amazon Web Services, Audible, Junglee, and many other popular services. 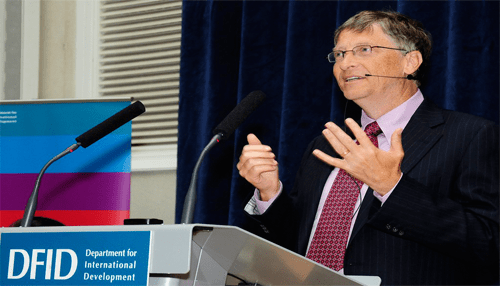 If we are talking about Bill Gates, we cannot forget his incredible work, Microsoft. He has a net worth of $97 billion. Gates is the second richest entrepreneur in the world today. Bill Gates is very popular in the personal computing industry in the world. Microsoft was founded in 1975 by this person. For less than 50 years, Microsoft has already been diversifying its services to various companies, for example, Microsoft Mobile, Yammer, LinkedIn, Skype, and any other services. Bill Gates is also involved in many philanthropic projects.

Many people know Warren Buffet as the most successful investor in today’s history. There are a lot of investments that he make for putting him at the third richest people in the world. He has a net worth of $82 billion. Warren Buffet has Berkshire Hathaway that owns more than 60 companies, including Duracell and Geico. He is a generous person who donates more than 90% of his wealth toward charities.

This is another famous person in the world. He is the CEO and chairman of the fashionable LVMH brand. It is a luxurious brand that is popular among many people in the world. This company sells many luxury goods in the world, including bags, watches, shoes, belts, etc. Bernard Arnault has about $76 billion of net worth today. He is also considered as the richest person in Europe. His company, LVMH has more than 70 brands in this company. The company is growing from time to time. 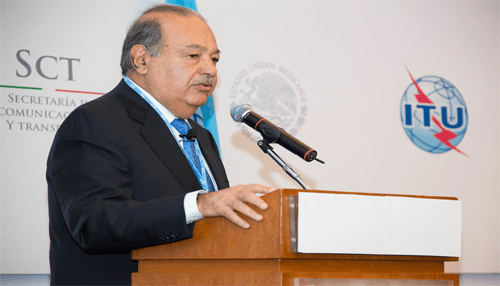 Carlos Slim Helu is the fifth richest person in the world. He owns America Movil, the biggest mobile telecom company in Mexico. He owns a net worth of $64 billion. This person also diversifies his money on any other sectors, such as real estate, media, mining, consumer goods, construction, etc.

ALSO READ: HOW TO SAVE ON SHOPPING THIS HOLIDAY

He is the 7th richest person in the world. He is the co-founder of the popular software company called Oracle. He has a net worth of $62 billion. Oracle is very well-known for its CRM database system. The company is very popular among many business owners who want to use this software in their places. With its new acquisition of NetSuite, the company is going to grow rapidly in the cloud computing industry.

ALSO READ: 3 MISTAKES TO AVOID WHEN STARTING A BUSINESS

He is very well-known to be one fo the best CEOs in the world. Zuckerberg is the co-founder and CEO of Facebook. He has a net worth of $62 billion. He becomes the youngest richest person on the list now. Facebook becomes very popular among many people in the world. You can find millions of people are spending their time in front of their Facebook accounts.

Home Business Ideas that You can Start from Your Home