It is no secret that more women can handle executive positions. However, there are a handful of prominent and influential business women who are paving the way for equal... 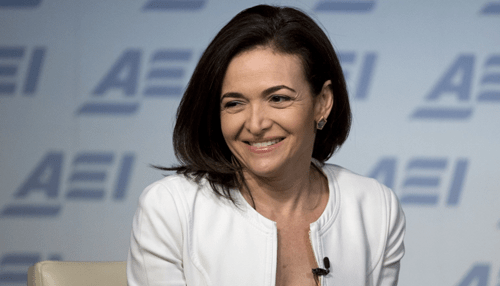 It is no secret that more women can handle executive positions. However, there are a handful of prominent and influential business women who are paving the way for equal opportunities at companies such as Facebook, IBM, Oracle, and General Motors.

Sheryl Sandberg is on the top of the list when it comes to influential ladies. She is the COO of Facebook and she is also one of the board of directors of the company. It was her idea to position Facebook as a platform for small business advertising. The company was able to increase its ad revenue by 38 percent.

ALSO READ: THE ESSENTIAL SKILLS ALL WOMEN ENTREPRENEURS MUST HAVE? IS DEAD WRONG AND WHY

Rosenfeld is the CEO of the second largest food company in the world – Kraft Foods. She was also the CEO of Frito Lay. Under the leadership of Rosenfeld, Kraft was able to expand its holding in the global market.

She dreamt of becoming the US president when she was a child. Her future didn’t include a political career but she managed to become one of the most powerful and highest paid women in business.

She is one of those CEOs with an incredible story. Burns first started as a mechanical engineering intern at Xerox and earned her way up. She has a role to play in preventing the company from filing bankruptcy. After 8 years, she became the CEO of the company. She is also the first ever African American women to work in a Fortune 500 company.

If Burns can become a CEO from an intern, you can also start your own business no matter what the idea. With facilities such as the Internet, Spectrum plans, digital marketing, etc. you can even get started from your home.

ALSO READ: 5 WAYS TO SAVE MONEY ON A SMALL BUSINESS

Meyrowitz is the president and CEO of the TJX companies. She started out as an assistant buyer at Saks but climbed her way up the corporate ladder very smartly.

Her company has been providing low-cost products to shoppers whether they are looking for clothes or houseware. TJ Maxx, Marshall’s, and Home Goods are some of her most successful retail brands.

Indra Nooyi, CEO of PepsiCo ranks among the 100 most powerful women in the world. Nooyi is one of those business leaders who tried pushing PepsiCo towards healthier offerings. She is working to cut fat, salt, and sugar from many of the Pepsi products. She started her career as a product manager at Johnson & Johnson.

Marissa Mayer was one of the employees of Google. He left the company to become the CEO of Yahoo in 2010. Later on, she resigned from her position after the board of the company decided to sell Yahoo to Verizon Communications. After leaving Yahoo, she started Lumi Lab with one of her colleagues. The company focuses on consumer media and AI (Artificial Intelligence).

Beth E. Mooney is the first female CEO of KeyCorp, one of the biggest companies in the USA. She understands that this opportunity comes with a tremendous amount of obligation. Mooney has more than 35 years of experience in capital markets, commercial lending, retail banking, real estate financing, and the financial service industry.

She is one of those people who like to answer employee emails personally and create hand-written thank you notes.

Ginni Rometty is one of those businesswomen who are the driving force behind the success of IBM. Before climbing the rank, she served various leadership roles for 30 years. She helped the company take lead in cybersecurity, AI, quantum, and blockchain. It’s pretty clear that IBM is the leader in AI and cloud computing. Inclusion and diversity in IBM advanced under the leadership of Ginni. She is doing all in her power to ensure the society is prepared to accept the new era of data. She is also committed to elevate and empower women of the next generation.

Safra Catz served as the CEO of Oracle from 2014. She has been responsible for major business expansion. To beef up the cloud business of the company, she hired more than 5000 engineers and salespeople.

She started her career in Oracle in 1999. Catz has also served the company as President and CFO. She has been the president of Trump’s transition team as well. She is one of the highest paid female executives in the world.

ALSO READ: HOME-BASED BUSINESSES: HOW TO MAKE IT REALLY WORK?

Porat is the CFO of Google. People at Google call her “Ruth Vader” because of her focus on the bottom line. Ever since she became the CFO of the company, the share value of Google increased to 70%. After Apple, Google is known as the most valuable company.

These leaders have done their best in paving the path for women in business. They have come a long way and their journeys are inspiring indeed. If you are ambitious, even if you are currently working at Spectrum Customer Support, you can become the next women who can secure a top seat in the corporate industry.

Tips on Surviving the First Year as an Entrepreneur