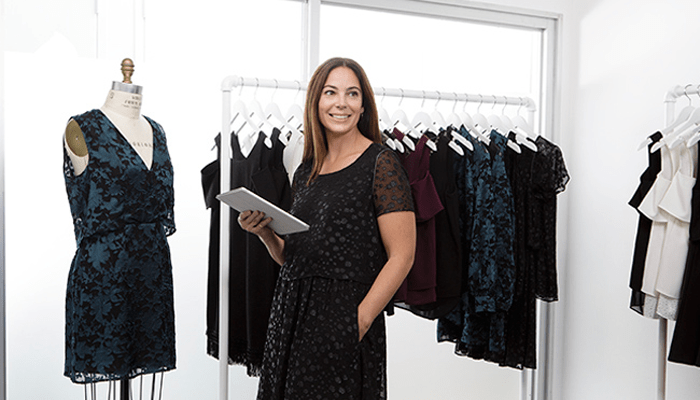 In telling entrepreneurial stories, it’s easy to get caught up in the romantic narrative of the “million dollar” idea. Whether it’s Mark Zuckerberg in his Harvard dorm room engineering what would become Facebook, or J.K. Rowling scribbling the idea for Harry Potter on a restaurant napkin, the birth of an amazing idea can take precedence over the struggle required to make it a reality.

The idea is just the beginning of the story of a successful entrepreneur. Subsequent chapters are often full of heartaches, struggles, determination, grit, inspiration and the gumption necessary to take chances. Meet three small business owners who experienced ups and downs throughout the early chapters of their success stories.

Kara Mendelsohn had an 18-year career in the fashion industry working for such well-known brands as Calvin Klein and Michael Kors. After giving birth to her two children, Mendelsohn knew she needed to reinvent her career path if she were to continue working in fashion.

That realization eventually led her to create cooper & ella, an apparel company that is carving out a niche in women’s clothing: affordable, classic-style blouses that transition from the workday to nightlife.

Named after Mendelsohn’s children, cooper & ella delivers clothing across the globe and has been picked up by several upscale retailers such as Neiman Marcus, Saks Fifth Avenue and Nordstrom. Even so, the company has had to find ways of staying relevant in an ever-evolving industry – a challenge that has caused Mendelsohn to expand both her product lines and shipping options.

UPS helped cooper & ella offer customers multiple ways to have items delivered on time, including overnight and second-day for customers throughout the United States and Canada. According to Mendelsohn, that combination speedy shipping options offered free to her customers helps the company stand out and stay competitive.

“To be competitive in the online arena you have to offer free shipping. People expect it. If you don’t offer it, they’ll go somewhere else,” Mendelsohn says. “Having UPS as our shipping partner with us has been an important part of our success.”

When Eyal Levy’s wife, Noa, was pregnant, they searched for a supportive product that would allow her to comfortably sleep on her belly. They couldn’t find one, but on a trip overseas they found a stretchy fabric that they thought would be a good component. After partnering with Giora Liran, Yogibo’s chief technology officer, their company and flag product, the Yogibo Max, was born. It’s a 6-foot-long interpretation of a beanbag that is filled with tiny foam beads. It can also be used as a chair, recliner, bed or couch.

The husband and wife team launched Yogibo from their Nashua, N.H., basement five years ago. At first, they demonstrated the product at outdoor fairs and craft shows. “Once people sit on it, they understand the level of comfort and that it’s not just another beanbag,” Eyal Levy says.

In 2010, Yogibo opened its first retail showroom at a Massachusetts mall, and sales mushroomed. Now Yogibo has 18 stores across the Northeast region, and revenue is five times higher than just three years ago.

“Big malls attract people from the West Coast, Miami or Chicago that want our product delivered,” he says. He says they worked with UPS to find creative shipping solutions at reasonable costs.

On the inbound side, the company uses UPS to import fabric and accessories from international vendors. The company uses UPS Capital® services to finance imported materials. “There are long lead times and sometimes you have to pay up front,” he says. “UPS Capital helps finance the inventory for a month or two.”

Patton Abbe launched CabinetParts.com in 1997 to fill a need for do-it-yourselfers and small contractors. Each year, the company has experienced double-digit growth while expanding to other kitchen and bath hardware, from drawer slides to pulls and handles to Lazy Susans. Today, the company sells some 20,000 parts in 28 countries.

CabinetParts.com ships from its home base in Pompano Beach, Fla., and from five affiliates across the United States. “We handle the front end, so all the affiliates do is pick, pack and ship,” Abbe says. “UPS helped us set this up so that each affiliate has its own account number under our name, and we get the tracking information we need.”

“Aggregating the volume gives us favorable pricing, too. We’ve saved 15 to 20 percent on shipping packages under 2 pounds,” Abbe says.

Partnership with UPS has helped in other ways. CabinetParts.com uses systems that integrate with WorldShip® technology to save staff time on shipping and billing tasks.

Success Stories of Indian Entrepreneurs – Who Started With Nothing