Propulsion and Auxiliary: The Different Types of Marine Propulsion Systems Used on Ships and Where Auxiliary Engines Count

Ships use propulsion forces to manoeuvre themselves in the water. Although there was a restricted amount of the ship propulsion systems earlier, today there are a few modern systems... 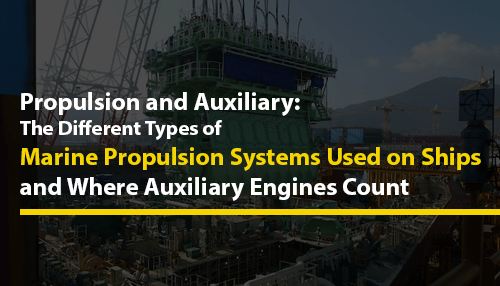 Ships use propulsion forces to manoeuvre themselves in the water. Although there was a restricted amount of the ship propulsion systems earlier, today there are a few modern systems to consider. Nowadays, ship propulsion is actually not about successful ship movement in the water only, but also about using the most innovative mode of propulsion to enhance a standard of safety for the marine ecosystem and affordability. The quality and type of engines tough are also important to consider, especially when it comes to auxiliary engines. First things first though, let’s review the most common types of marine propulsion systems used on ships, which are:

ALSO READ: 5 TIPS FOR GETTING MORE EYES ON YOUR SMALL BUSINESS

Developed as a better alternative to the systems that emit a great amount of CO2 gases in the marine atmosphere, wind propulsion is one of the most common types of marine propulsion systems used on ships these days. Though, the wind turbine marine propulsion usage hasn’t begun largely in the big commercial ships due to a constant windiness requirement. 2 popular systems of wind propulsion for ships, such as sail propulsion and kite propulsion, have been lately used for merchant ships. 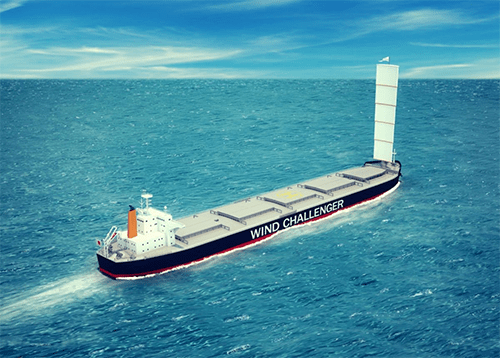 ALSO READ: WHY YOUR BUSINESS STILL NEEDS THE POST OFFICE

The most widely used marine propulsion system, diesel propulsion involves a process of conversion of mechanical energy from various thermal forces. These propulsion systems are generally applied in about each kind of vessels as well as in recreational vessels and small boats. If you’re looking to buy new and used diesel generators, Swift Equipment Solutions is the industrial equipment supplier you need. Take a look through their product listings or get in touch with them on +1-713-489-0290 or sales@swiftequipment.com with any queries or concerns that they can help you address.

ALSO READ: WAYS IN WHICH ENTREPRENEURS WITH VISION SAVE BUSINESS FROM DOOM 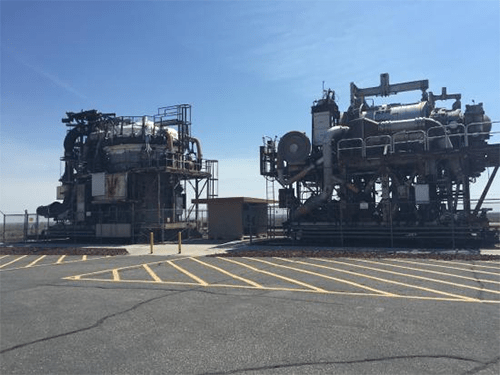 ALSO READ: FOLLOWING THE INDUSTRY’S TRENDS: WHAT ARE THE 5 MOST POPULAR TYPES OF MOBILE CRANES?

ALSO READ: ARE WE SEEING A DECLINE IN AFFILIATE MARKETING? 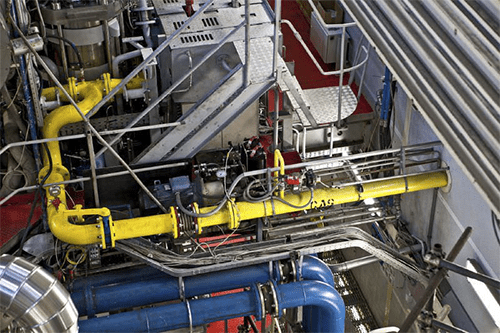 ALSO READ: WILL YOUR INTERNET BE FASTER WHEN CONNECTED TO A VPN?

In order to decrease emission from the ships, LNG fuel is currently used to be burnt in the main engine after applying certain modifications and changes in the propulsion engine. This is renowned as a tri-fuel or gas fuel propulsion system since it’s able to burn diesel, heavy fuel, and gas fuel.

Auxiliary engines are as important as the main engines, but it depends on which one you choose. No matter your needs, you’re more likely to need both engines since each one has its own role. Marine auxiliary engines are created to run near and on the water, however, they are usually used to power winches, water pumps, generators, etc. Depending on the ship, some auxiliary engines have other functions to offer.

Nowadays Caterpillar marine engine has gained its popularity for many reasons. Since everyone has their own needs though, it may be extremely hard to determine which engine you need and whether you need an auxiliary engine or not. You can use this buyer’s guide to find out more information on buying a marine engine.

5 Tips for Getting More Eyes on Your Small Business