Tesla Will Start Charging for Its Fast Charging Network

Time for Tesla to grow up and lower its costs for the Model 3. 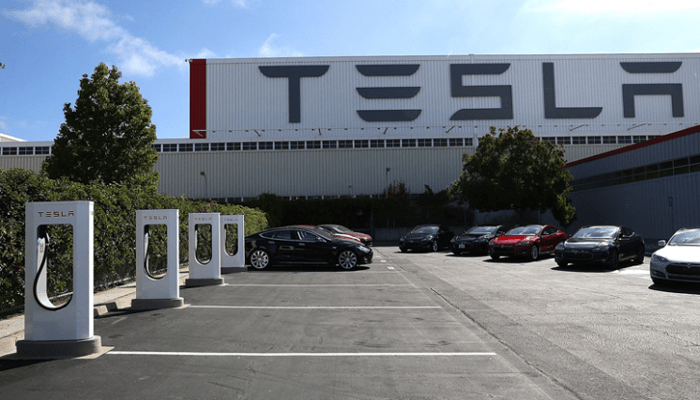 Electric car maker Tesla Motors plans to start charging new customers for use of its fast charging network, which it refers to as its Superchargers.

In a blog post on Monday morning, the company announced that customers who buy cars after January 1, 2017 will have 1,000 miles of free charging. After those miles are used up, customers will have to pay for charging. Tesla didn’t release details about how much it would charge for use of the fast chargers, but promised it would unveil more details later this year.

Tesla TSLA 1.24% built its first Superchargers, which can charge an electric car battery in approximately 30 minutes, four years ago in an attempt to offer customers more ways to charge batteries when they’re not at home or work. Standard chargers that a Tesla customer would have at home take many hours to fill a battery.

The move to start charging for such services demonstrates how as Tesla tries to transition into becoming a larger automaker with more customers, it will need to manage those customers in new ways. There have been reports of long lines at certain Supercharger stations over the years, and some have expected Tesla to introduce fees to help cut down on charging hogs.

The new fees could also be a way for Tesla to incentivize potential Tesla customers to buy cars before the end of the year in order to gain access to the free lifetime charging option. Tesla is looking to generate another profitable quarter, following its first profitable quarter in three years last month. The charging fees are also a way for Tesla to cut costs as it introduces its upcoming and fourth vehicle: the Model 3.

Tesla is looking to grow the amount of cars it makes per year from about 80,000 this year to about 500,000 by 2018. At the end of 2017, the company plans to start shipping the Model 3, Tesla’s first car pegged to cost $35,000—a mainstream price putting it in direct competition with big automakers like GM GM 3.00% , Nissan, and Ford. The company’s current cars commonly cost six-figures, depending on features.

Roughly 400,000 people have put down a reservation (using a $1,000 refundable deposit) for the Model 3. Many customers will have to wait years to get those cars. Tesla now has 160,000 customers driving its cars on the roads, with only 4,600 Superchargers. If Tesla has 500,000 customers by 2020, its Supercharger network will be even more impacted.

The electricity from the charges also costs Tesla money. While Tesla says in its blog post that its Superchargers “will never be a profit center,” the company will probably charge enough to at least offset those electricity costs. With a cost of only $35,000, Tesla is working hard to cut costs for its upcoming Model 3. The company is building a huge battery factory outside of Reno, Nev. in an effort to reduce the costs of its batteries for the Model 3 by a third.

Ending free charging is another way Tesla can cut costs for its Model 3 car. Earlier this year, Musk said during its shareholders meeting that providing free and unlimited long distance charging at Superchargers is a cost that Tesla wants to “decouple” from the Model 3. On the call, Musk said of Supercharging:

“It will still be very cheap, and far cheaper than gasoline to drive long distance with the Model 3, but it will not be free long distance for life unless you purchase that package. . . it has to be something like that.”

Musk also said he wished Tesla could achieve the low-cost economics of the Model 3 without charging for the Supercharger costs.