All You Need To About Ufabet For Gamblers

The Significant Benefits of Using A Third-party Collections Agency

What You Should Know When Launching a Business

All You Need To About Ufabet For Gamblers

The Significant Benefits of Using A Third-party Collections Agency

Google Pixel & Pixel XL to go on sale in India

Pre-orders for Google’s new Pixel and Pixel XL smartphones kicked off on Flipkart and Croma’s online store earlier this month. Prices for the smartphones start from Rs 57,000 and go up to Rs 76,000 for the top-end variant. Flipkart is currently offering various deals for buyers, including exchange offers, no cost EMI and cashback offers for card users. But if you are among those who prefer getting some hands-on time with a phone before buying it, there’s some good news. Google India has announced that both the Pixel smartphones will be available at stores from October 25.

Google revealed the date on its Twitter account with a tweet that read, “The future is exciting. And by future we mean 3 days from now. #Pixel will start reaching stores on 25th October #madebygoogle.” At the launch event in San Francisco earlier this month, Google had revealed that along with online partners, the new Pixel smartphones will also be available via offline retail chains like Reliance Digital, Vijay Sales, Croma and Jumbo among others. For those wondering, recent reports have claimed that Google has tied up with HTC (the manufacturer of the Pixel smartphones) to provide after-sales service for the Pixel smartphones in India. 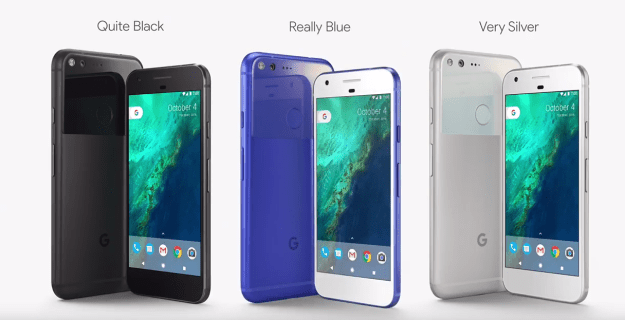 The timing of the launch couldn’t have been any better for Google, as the last week before Diwali is when festive shopping fever is at its all-time high. WithApple’s iPhone 7 and iPhone 7 Plus not widely available in India, and the failure of Samsung’s Galaxy Note 7, Google’s new smartphones are seen as the only other competitor at the premium mobile segment. The reviews of Pixel smartphones are quite positive, but the overall verdict seems to have divided the tech reviewer community. That said, there is no denying that Google’s smartphones are the closest Android has come to match Apple’s iPhones in every aspect.

The Google Pixel sports a 5-inch 1080p display, while the Google Pixel XL sports a 5.5-inch QHD display. Both AMOLED displays have a 2.5D curved glass on top, and are protected by Corning Gorilla Glass 4. Apart from size, the smartphones are differentiated on the basis of their battery — the Pixel sports a 2,770mAh battery, and the Pixel XL sports a 3,450mAh battery. The rest of the specifications and features remain the same.

Both smartphones are powered by a Snapdragon 821 quad-core processor paired with 4GB of RAM. They are equipped with a 12.3-megapixel rear snapper with PDAF, laser auto-focus, and 4K video recording support. Up front, there is an 8-megapixel fixed-focus selfie camera. The smartphones also feature a fingerprint scanner placed at the back, and IP53 certification that makes them resistant to water and dust. Connectivity options include 4G LTE support, USB Type-C port for charging and data transfer, Bluetooth 4.2, GPS, Wi-Fi 802.11ac and NFC.

On the software front, both smartphones run on Android Nougat 7.1 out-of-the-box wrapped under the Pixel UI. Among the highlights is the built-in Google Assistant, which is not only more capable than Google Now, but also more contextually aware about what’s happening on your smartphone. One can simply converse with the AI and ask questions like weather, distance from one place to the other, or route from source to destination, and more.

How to Choose the Correct Analyst Tool for Your Investment

How to trade in Crypto explained

Behind Talkies Is The New Go-to Entertainment Portal

Zimyo-A One-Stop-Solution For All Your HR Needs

How to Start Your Business in Virginia?

How to Start a Pop-Up Restaurant Business?

How to register a Company in India?

The Pros & Cons of Setting Up A Home-based Restaurant Business