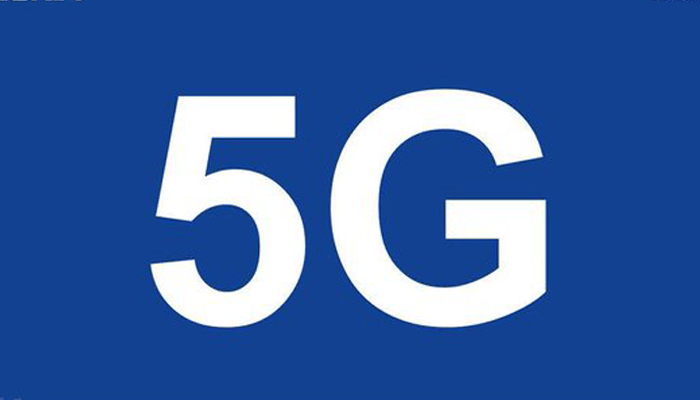 When the chancellor of the Exchequer Philip Hammond declared he wanted Britain to become a “world leader in 5G” during his Autumn Statement on the UK economy, he was praised for his ambition by parliamentary colleagues. Yet he was, if anything, late to the party, with the chorus of governments, companies and academics pushing the case to become 5G pioneers having grown louder during the past two years.

Despite years of industry wrangling, there is still no clear definition of what 5G means — little more than a year before some countries have pledged to launch network trials of the technology. The hardware standards for the fifth generation of wireless communications were set at a conference in Nevada last month but the software elements have yet to be agreed, as the industry players continue to battle for supremacy.

The hype cycle has nonetheless been in overdrive. AT&T has boasted of achieving data speeds of 14 gigabits per second in lab trials of a 5G-like technology with Ericssonand Intel, while one of the telco’s senior executives claimed that the next generation of networks had “unlimited potential”.

Meanwhile, the UK’s BTand China’s Huaweihave formed a pact to “lead the global development of 5G mobile technologies”. Gavin Patterson, BT’s chief executive, said his company was “determined to maximise the potential of 5G for our customers”.

The companies that make the equipment needed to deliver 5G speeds are leading the charge, arguing that consumers are hungry for faster download speeds. Ulf Ewaldsson, chief technology officer at Ericsson, which is devoting the majority of its $5bn annual research spend to the new technology, argues that 5G represents the best opportunity for the telecoms industry to return to growth. “This is the biggest thing the industry has going for it,” he said, despite admitting to being “lukewarm” about the ability of the telecoms carriers — Ericsson’s customers — to monetise the potential of 5G.

Yet some observers have started to argue the telecoms industry is in danger of going too fast and too hard with 5G. Professor William Webb, an academic and a former director of Ofcom, the UK’s telecoms regulator, has argued that the debate about what 5G will deliver has become “too utopian” and that the industry is in danger of investing billions in networks that deliver speeds that no one needs.

“We have arrived at a position where everyone is pretending to admire the emperor in his supposed new clothes,” he said of the 5G propaganda emanating from academics, equipment makers and governments that see political capital in championing its claims.

William Webb, who also sits on an advisory panel for the UK’s Department for Culture, Media and Sport, said that the telecoms industry had become “obsessed with speed” in the same way that aerospace engineers did during the 1960s at the dawn of the era of supersonic travel.

That ambition led to the development of the Concorde aircraft that flew at twice the speed of sound and operated as a commercial service for 27 years. The jet’s cultural influence cannot be doubted but it did little to accelerate progress in the wider industry. The cruising speed of today’s commercial airlines is only fractionally faster than that of the Comet aircraft that debuted in 1952, notes Mr Webb. “Although the Concorde was technically possible, it was economically unfeasible,” he said.

Similarly, he sees download speeds attributed to future 5G networks of more than 10Gbps tracking well ahead of historic demand curves for mobile data. Mr Webb predicts that data growth is slowing and could plateau around 2027, having only doubled in the 5G era.

The danger for telecoms operators is that they blow billions in the rush to launch 5G networks and find that consumers are unwilling to pay for the technology. It would be a familiar story in telecoms, which has seen its fair share of bankruptcies among companies desperate to invest in new networks that have tracked ahead of the demand curve — notably fibre-optic cable companies in the 1990s and satellite broadband services at the turn of the century,

Peter White, chief executive and co-founder of Rethink Technology Research, said that the telecoms industry was “engaged in a desperate fantasy that 5G is almost here”, driven by the equipment makers and chip companies. He argued that the only consumer advancement offered up by 5G during the current debate is ultra-high definition video but questioned whether consumers would want to pay for it.

That has led to 5G being pitched as an “internet of things” (IoT) network that will deliver lag-free communications with faster reach, lighting up a world of connected cars, virtual reality applications, smart cities and e-healthcare.

Professor Rahim Tafazolli, director of the 5G Innovation Centre at the University of Surrey, said 2017 would represent a “turning point” for 5G development because of a number of commercial trials around technologies such as low-power “narrowband IoT” networks that will become “stepping stones” to full 5G.

He forecasts that a typical “smart city” deployment will need to support 1m devices per square kilometre, something that will require ultra-reliable networks with “low latency” — referring to the time it takes for data to travel between a device such as a connected car and the surrounding sensors. “All the technology pieces are in place,” he said.

Yet ultra-low latency networks such as those being built by French wireless network builder Sigfox offer cheaper alternatives to 5G for internet-of-things development.

Rethink’s Peter White argues that many businesses are formulating strategies for the internet of things but are not yet ready to supply the “gravy train” needed for telecoms carriers to roll out 5G networks rapidly.

“Never before in the history of telecoms has a technology been put forward to solve so many problems at once without anyone being clear on who will pay for what, in what timeframe,” he said. “The uncertainty is palpable.”

While some express confidence that the faster speeds will be needed once applications emerge, they do not expect investment in the next generation to peak until as late as 2030.

Marc Allera, chief executive of British mobile operator EE, said: “We are already seeing 4G can deliver speeds in excess of 1Gbps, and we’re pushing beyond that. What is quite certain is that for the UK to be a leader in 5G in the future, we’ll need to continue to lead in 4G as the foundation for the future.”

Peter Evans, chief technology officer of T-Mobile USA, said last month that it would be a decade before demand for ultra high-definition-enabled handsets became “viable and economic” on the basis of network investment. “I’d spend a lot of time studying those economics before making those bets,” he said.

At Ericsson, Mr Ewaldsson remains defiant that 5G will pay off, with the network- equipment maker predicting that there will be more than half a billion 5G subscribers globally by 2020. His confidence springs from the cynicism that existed around 4G launches in 2009 which went on to be proved unfounded. “People said: ‘What are you going to use that data for? I’ve already got 3G’,” he recalled.

Small cells and a big debate

The debate in the UK over the build-out of broadband infrastructure is typical of that in many countries, as the costs of replacing old copper lines with fiber-optic cables to homes and businesses are weighed.

Grumbling in the background are mobile operators that have, for years, lobbied for the right to install much taller masts in the countryside to boost signal strength for both 3G and 4G networks. With the pressure on them to infill coverage across the country, the companies have pushed for greater power to install more masts and reduce the rents they have to pay landowners.

Yet 5G represents a different conundrum, with the anticipated rise in data generated by billions of devices on the new network needing constant attention and pinging signals back and forth with no lag. An autonomous car, for example, cannot afford to lose coverage for even a microsecond if it is relying on a 5G network.

That means that millions of “small cells” need to be installed, changing the dynamic in the industry. London alone is expected to need about half a million small-cell sites to become a true “smart city” feeding off a 5G network. The cells are as likely to be needed on street lamps and park benches as on the top of buildings. This has led to criticism from some people in the industry who think the UK risks falling well behind other countries unless it radically updates planning laws to smooth the way for networks to be built.

While the mobile networks figure out an economically viable way to achieve 5G, the debate swings back to fibre, with a huge boost in backhaul — the fixed portion of the network that carries mobile signals between masts — also needed to support the anticipated rise in data.

Tags
3G4G5G5G Mobile Networks5G Mobile Phone5G Technology6G7GEverything you need to know about 5GEvolution of Mobile Communication from 1(G) to 4GNetwork 2020Network 2020now 5G: India takes early callThe Next Big Battleground 5GThink 5G wireless is speeding to your phoneVerizon to be first to field-test crazy-fast 5G wirelessWhat is 5G and How Will It Make My Life BetterWhat is 5G? 5G vs 4G and the future of UK mobile network
Categories
Technology
SHARE THIS ARTICLE
OLDER ARTICLE

5 Questions to ask before choosing Logistics partner for Ecommerce