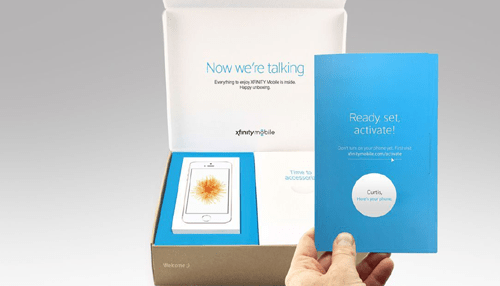 Comcast outlined details of its Verizon-powered and Wi-Fi-boosted mobile phone service Thursday — claiming it’s going to shake up the wireless industry by offering substantially lower pricing than other carriers.

The service — set to launch by mid-2017 across its footprint — will be sold as a bundle with Comcast’s other Xfinity services. At minimum customers must have Xfinity Internet to sign up for the mobile service.

Out of the gate, Comcast is including up to five phone lines automatically when a customer adds Xfinity Mobile to their Xfinity Internet service, for no extra cost. There are no line access fees, and the service includes unlimited talk and text with the first 100 megabytes of shared 4G LTE data included.

For subs who want more data, Comcast will offer an unlimited data Xfinity Mobile plan. For triple-play subs, the pricing of the unlimited-data plan will be $45 per line and will cost $65 per line for Xfinity Internet. HD video streaming is available on all the Comcast plans; Verizon, AT&T, T-Mobile, and Sprint now each offer HD video in their highest-tier unlimited data offerings.

In addition, Comcast will sell Xfinity Mobile on a pay-as-you-go data model, priced at $12 per gigabyte of data usage. About 70% of wireless customers consumers use less than 5 GB of mobile data per month, according to Greg Butz, president of Comcast Mobile. That means customers can save as much as 44% versus competing services with the per-GB plan.

“Most customers will save when they bundle,” Butz said on a call with analysts. “We have a very efficient business model.”

The Xfinity Mobile service will offer Apple iPhone (including iPhone 7 and iPhone 7 Plus), Samsung Galaxy and LG X Power smartphones. Customers can opt to purchase the devices up front, or choose a 24-month payment plan. Execs also touted a “digital-first” sales and support experience designed to be highly operationally efficient.

Comcast will market Xfinity Mobile to its base of 29 million customers, which represent an addressable market of up to 130 million mobile lines, said Dave Watson, newly named as Comcast Cable CEO. “We’re not first to the wireless segment,” he said. “Based on that, we’ll measure success differently from other carriers.”

The operator has deployed a network of 16 million Wi-Fi hotspots across the U.S., which will offload data from the Verizon network in an automatic handoff. That’s key because about 80% of smartphone data is consumed over Wi-Fi, according to Watson. (For now, Xfinity Mobile is not running voice calls over Wi-Fi.)

Comcast so far has run limited employee trials of the Xfinity Mobile MVNO (mobile virtual network operator) service, and on Thursday it’s broadening that to its entire employee base. The company last fall had confirmed the deal with Verizon Wireless to launch a mobile service sometime in 2017.

Initially, Comcast will not allow customers to use their own smartphones (aka “bring your own device”) but will offer that capability in the future. The operator will not provide “zero-rating” exceptions on the Xfinity Mobile per-gigabyte pricing plan, Butz said; in other words, streaming video and other data that customers use via Comcast apps will count toward the usage limit.

Overall, growth in the wireless sector has slowed down — as the vast majority of Americans now have a mobile phone. That drove AT&T to diversify into the entertainment biz, buying DirecTV and moving to acquire Time Warner Inc. Verizon, for its part, from an M&A perspective has doubled down on digital media with its acquisition of AOL and pending deal for Yahoo.

For Comcast, it’s not the first time at the wireless rodeo. In fact, the company first dove into the cellphone market in 1988 with the acquisition of American Cellular Network — forming the Comcast Cellular Communications division — and in 1992 it acquired a controlling interest in Metromedia’s Metrophone cellular phone system. In 1999, Comcast sold the cellular phone business to SBC Communications (now part of AT&T) for $1.7 billion.

NEXT STORY:  JUGNOO DISRUPTS THE ON-DEMAND SPACE IN INDIA

Then, in 2005, Comcast threw in with Sprint, Cox Communications, Time Warner Cable and Bright House Networks on a mobile joint venture dubbed Pivot. “The initial phase will allow us to offer wireless phones as part of our bundle, and that’s nice,” Comcast CEO Brian Roberts said in announcing the venture back then. But the Pivot partners pulled the plug after less than two years after gaining little traction.